Sono Bello is a paying client of Pissed Consumer and utilizes its services to proactively identify and correct customer service issues.

Subscribe to organize reviews of the company into easy-to-read list. You can view followed brands in your profile

What Their Customers Are Saying ?

All testimonials are provided and verified by Sono Bello. Verified testimonials on Pissed Consumer is a paid feature of the platform.

The BEST decision I ever made | Sono Bello review

May 21, 2019 Sono Bello
1 of 2
Charlotte NC location Dr. Crawford and the entire staff are wonderful! NOT ONE COMPLAINT. I will let my 2 week post pics say the rest! Keep in mind I’m still swollen and not even at my final result!!
Read

May 14, 2018 Sono Bello
March 20; Dr Strand and his whole staff made me feel comfortable and got this done for me fast; did not have to be put under. Of course the first two days are hard, still healing now but I’m so happy!! Recovery was pretty fast, no one knows why I look so good....
Read

May 04, 2018 Sono Bello
Had a great experience in the Westchester, NY location. You do meet with a consultant first which did through me off at first, but Tova was very thorough in her explanations and answered all my questions. Did not feel like a sales pitch. Dr. Otake addressed all my additional questions prior to surgery. I called after leaving and asked about some reviews I saw online and even the secretaries were able to make me feel better. My results are great and I had little to no pain the first 4 days after my surgery. I would say that as long as you have realistic expectations and are healthy with the understanding of diet or exercise afterwards, your results are worth it and the experience and those who provide it are very accommodating.
Read
Jan 08
Sono Bello's reply to:

Cori, we appreciate your feedback. We're disappointed to hear that your experience has not been exceptional. It is our understanding that you have spoken with the Practice Manager and your concerns have been addressed. If you would like to discuss your concerns further, you may reach out to melaniem@sonobello.com in our corporate office. Best, Sono Bello.
author's review
Review
#1740041 Review #1740041 is a subjective opinion of poster.
Service
Sono Bello Liposuction Procedure
Cons
Reason of review
Not as described/ advertised
Loss
$6500
Preferred solution
Price reduction
Tags
Dec 22, 2019 Arsen

I was told this was going to be great-

2 days ago- I walked in for

He did administer numbing fluid and tried

However - after I am not bruised or even hurting.

Mix and thats it

I LOOK THE SAME- MY UNDER ARMS WEREN'T EVEN TOUCHED maybe two days in not noticeable for lower AB and bra line but what I really wanted gone the MOST was not touched. Im mad at almost 7k and

Im looking and feeling EXACTLY AS I DID when I walked in 2 days ago.

And no- Im not numb anywhere

I am NOT happy and will

Be in that office tomorrow to discuss 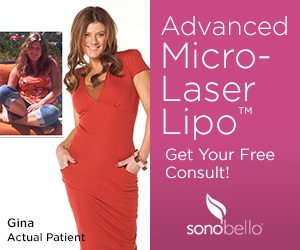 This review is from a real person who provided valid contact information and hasn't been caught misusing, spamming or abusing our website. Check our FAQ

We appreciate your feedback. We're disappointed to hear that your experience has not been exceptional. We would like the opportunity to help find a solution. Our patient experience team will be reaching out to discuss options.
View full review
0 0
Review
#1726564 Review #1726564 is a subjective opinion of poster.
Share Share Tweet
Nov 05, 2019
Sono Bello's reply to:

Tracy, we appreciate your feedback. We're disappointed to hear that your experience has not been exceptional. We would like the opportunity to help find a solution. Please contact us at Brendafeedback@sonobello.com in our corporate office, so that we may discuss.
author's review
Review
#1697100 Review #1697100 is a subjective opinion of poster.
Service
Sono Bello Liposuction Procedure
Pros
Cons
Reason of review
Bad quality
Loss
$8
Preferred solution
Full refund
Tags
Nov 02, 2019 Tracy S

I met with a salesperson (KarnV) in the ontario office me and my daughter,(KarnV) look at my legs and called another doctor in and she said she would rather have a Dr John F.Hus.,MPA do the lipo because Dr John would do better job,So i had meet with Dr John and said that he could do the job,I had my outer thighs,inner thighs,knees doon,on 04/11/18 and I complained ,and complained that DRJohn did a horrible job,And to this day im having a lot of pain in my left side and i want my money back 8,493.13 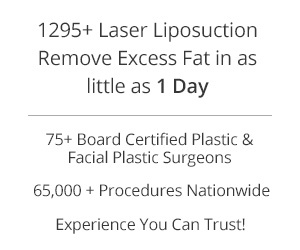 I am writing this review in hopes that others will learn from my experience with Sono Bello. My daughter has MS and was recently diagnosed with Hashimoto disease as well. The Hashimoto disease caused rapid weight gain which is what led to the testing and diagnosis of Hashimoto Disease. In an effort to try and help my daughter with the weight gain, my wife took my daughter to Sono Bello where she scheduled an appointment for my daughter. My daughter went back a few days later and added more work at an additional expense. A couple of days before the scheduled appointment we read the reviews for this company and my daughter decided to cancel the appointment. Although she cancelled within 24 hours of the scheduled appointment, we were charged the full combined amount that my wife and daughter paid of more than $13,000. In Sono Bello’s defense, my wife and daughter signed a contract that said if they were to cancel within 5 days of the appointment they would lose the full amount of the scheduled procedure. Although they signed a contract I don’t think they realized it would actually cost this much money to cancel an appointment. A 10 to 25% cancellation fee to offset the expense of scheduling doctors and nurses would be understandable but $13,000 to cancel an appointment is unbelievable. We filed a dispute with our credit card company complaining of the unreasonable cancellation fee and the answer my credit card company got from Sono Bello is “They knew what they were signing”. So learn from my experience and read the reviews and understand what you are getting into before scheduling an appointment. I’m a firm believer in “what goes around comes around”. I hope in the end they lose more from this kind of business behavior than they gained from us.
View full review
Comment
1 0
Resolved
Review
#1638080 Review #1638080 is a subjective opinion of poster.
Service
Sono Bello Customer Care
Reason of review
Pricing issue
Loss
$13
Preferred solution
Price reduction
Tags
Share Share Tweet
Aug 24, 2019 Melissa M of Roseland, NJ

I have had no reaults form having my procedure and they always cancel my appointment the week of my appointment. I was supposed to have a 2 week follow up and it was a month to get in as well as my 3 month follow up was pushed to almost 5 months. They say if youre not satisfied they will do it again free of charge.... well they dont stand by that either. A waste of my money with alot more pain than they tell you.
View full review
Comment
1 0
Review
#1633980 Review #1633980 is a subjective opinion of poster.
Cons
Reason of review
Not as described/ advertised
Loss
$3000
Preferred solution
Full refund
Share Share Tweet
Aug 18, 2019 Alica H of Millersville, MD

I wish I had seen this before I had my procedure. I'm so unhappy with my results. I just don't know what to do at this point because the damage is already done to my body.

I'm sorry that happened to you too.

I have never hear back from you it been a year , | Sono Bello review

We appreciate your feedback. Patients results and safety are our first priority. We're disappointed to hear that your experience has not been exceptional. We would like the opportunity to help find a solution. Please contact us at Brendafeedback@sonobello.com in our corporate office, so that we may discuss your experience and results.
author's review
Review
#1597065 Review #1597065 is a subjective opinion of poster.
Service
Sono Bello Liposuction Procedure
Pros
Cons
Reason of review
Bad quality
Loss
$7
Preferred solution
Full refund
Tags
Jul 22, 2019 Marisela M

Christa, we appreciate your feedback. Patients results and safety are our first priority. We're disappointed to hear that your experience has not been exceptional. We would like the opportunity to help find a solution. Please contact us at feedback@sonobello.com in our corporate office, so that we may discuss your experience and results.

I got my stomach and love handles done with the fat removal thinking I would look good what I got was this!!! It makes me sick when I look at my saggy stomach it letterally hangs over my pants and when I bend down it fold in half.

I wish I never would have gotten this done. I want a refund...

I had an appointment for 1:30pm at the Orlando office for a consultation. This was the first of two other companies I am considering. I arrived ahead of time and waited until 2pm and was still not attended. Chelsea , I believe is the Consultant, told me I would be seen in about 10 more minutes. According to my calculations that would equate to me waiting 40 minutes to be seen dispite having an appointment. I expressed that I am no longer interested in SonoBello because my experience today speaks to level of professionalism that I would encounter in the future and I am not comfortable putting myself in the hands of what appears to be a lack of consideration to what would have been a client.
View full review
Comment
2 0
Review
#1581187 Review #1581187 is a subjective opinion of poster.
Reason of review
Poor customer service
Preferred solution
Let the company propose a solution
Share Share Tweet

What a Scam | Sono Bello review from Harrison, New York

So about a year ago my fiance came to me and said I wanna go check out Sono Bello. So she called them up and made an appointment for the Westchester, NY location. We get there and let me say wow are they good. They show you a book and make you think they are going to transform you into this new person. Well let me say that was a crock. My fiance decided to go in for the procedure and let me say we should have just taken our money and flushed it down the toilet because we could have gotten the same results. Sono Bello did nothing for her absolutely nothing. The procedure was not easy the aftercare was not easy and now we are still paying on a procedure that did not work and absolutely sucked. We are beyond pissed off and want to know what this scam artist of a company are going to do to fix this? I cant find any info on the web to contact them direct. Hoping you guys can help. Thanks
View full review
Comment
1 0
Review
#1574512 Review #1574512 is a subjective opinion of poster.
Service
Sono Bello Liposuction Procedure
Cons
Reason of review
Not as described/ advertised
Loss
$7000
Preferred solution
Full refund
Tags
Share Share Tweet
Thank You for Your Reply!
Thank You for Your Reply! We are processing your message.

Thank You for Your Submission